The three-day race was a successful kick-start of 2022 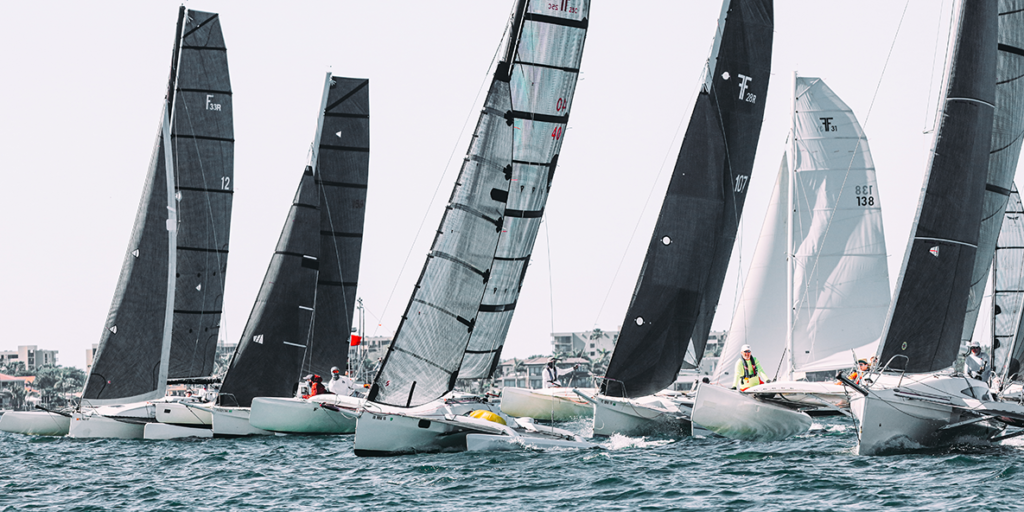 The Corsair Regionals/Sarasota Bay Multihull Regatta 2022, hosted by Sarasota Sailing Squadron, happened on the Friday March 4th – Sunday March 6th. The easing of Covid restrictions allowed Irene McNeil to travel from Canada to participate as the PRO. She had her work cut out for her getting a true Windward/Leeward course for the 22 Multihull Sailboats on the main course over the three days. In true Florida Winter fashion, the weather was comfortable with temperatures in the high 60’s over night and in the low 80’s during the day. The winds ranged from light and shifting on Friday to gusting over 25 knots on Sunday. Several sailors traveled from the cold of Minnesota, with others towing boats from as far away as Texas to compete. With the Squadron eliminating the option of camping onsite, sailors stayed in Airbnb hotels, and local rentals with several sailors braving the high winds to stay onboard boats on the dock. All of the boats attending were trailerable! The largest multihulls were local Squadron boats. The oldest boat in attendance was a 35-year-old Corsair F-27 and we even had a group of Canadian sailors that traveled to Punta Gorda, Florida to purchase a Corsair 970. They then sailed overnight from Punta Gorda up to Sarasota arriving at the docks late on Thursday night to be able to compete in their newly purchased boat! Support from the volunteers at the Squadron, tending the bar, staffing the entrance gate, cleaning the grounds and manning the support boats for the race committee on two separate courses over the weekend. Charlie Ball again provided “ROSEATE” as the Committee boat. Tim Thurman provided the use of his boat for an independent Photography Boat on Saturday. Additional support for the event from Corsair Marine that provided shirts and hats delivered from Vietnam. Calvert Sails, Smyth Sails and Windcraft Multihulls provided additional food to feed the hungry sailors as they came off the water!

A total of 44 boats registered with most boats having two or three crews onboard. Sailing for the Main Course was separated into three divisions with a true one design class for the 5 Sprint-750 boats, 10 PHRF Low and 7 PHRF High. A fourth division was added on Saturday and Sunday to accommodate the 5 A-Class sailors that arrived for two days of racing. A separate course was provided for the 9 WETA boats that competed in two days of sailing on Saturday and Sunday.

Racing began on Friday morning with a wind delay that lasted for an hour. When the delay was lifted the wind was still light and shifting from the East to North to West. The PRO and the Race Committee support staff worked diligently with the shifting wind conditions to get a fair course set which resulted in completion of three great races for the day. On Saturday the A-Cat sailors joined the Main Course to create a fourth start. The WETA sailors competed on a second course setup North of the sandbar with a second set of Race Committee volunteers. Wind and weather on Saturday allowed for 4 races to be completed before everyone retired to the Squadron to participate in a Dinner and socializing on the Lanai of the Squadron.

Come Sunday, the wind had increased causing several of the smaller boats, A-Cats, WETA’s to retire. Some of the boats that sailed out to the starting line had taken reefs into the mainsails before the start. Many retired during the day with a total of four races completed on the main course. Racing was concluded early in the afternoon as the wind subsided. The Safety Boat assisted several boats getting back to the dock where boat handling skills were put to the test to dock the multihull boats in high wind! Volunteers on the dock helped to sort out the boats as they got tied back to the dock. Once all of the boats were secured on the dock, the wind eased to allow an easier time getting the boats packed back onto the trailers for the drive home. 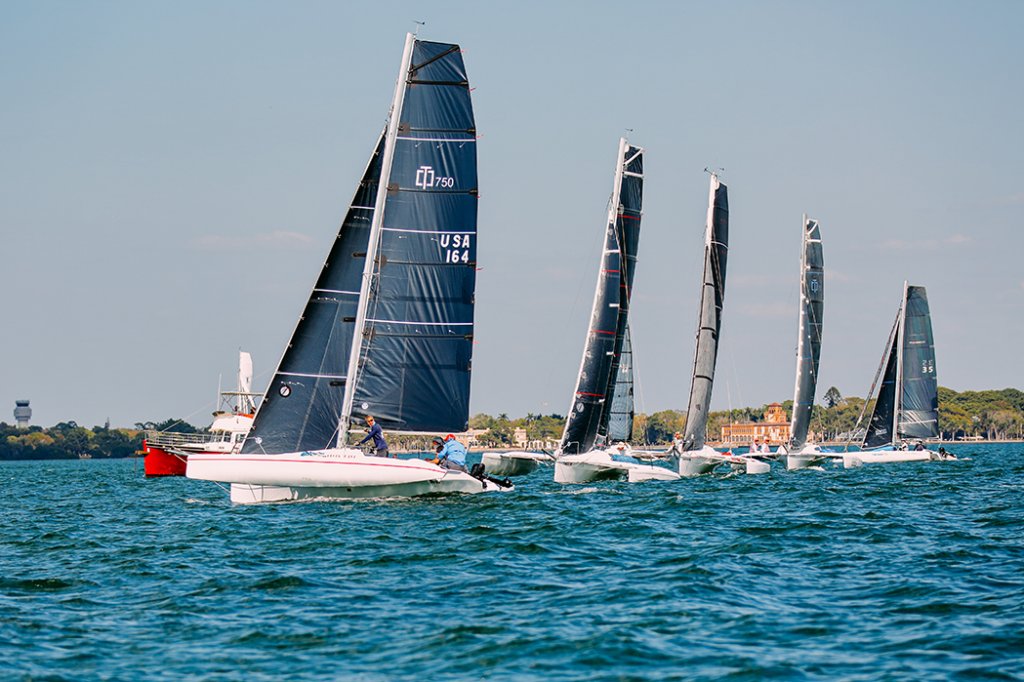 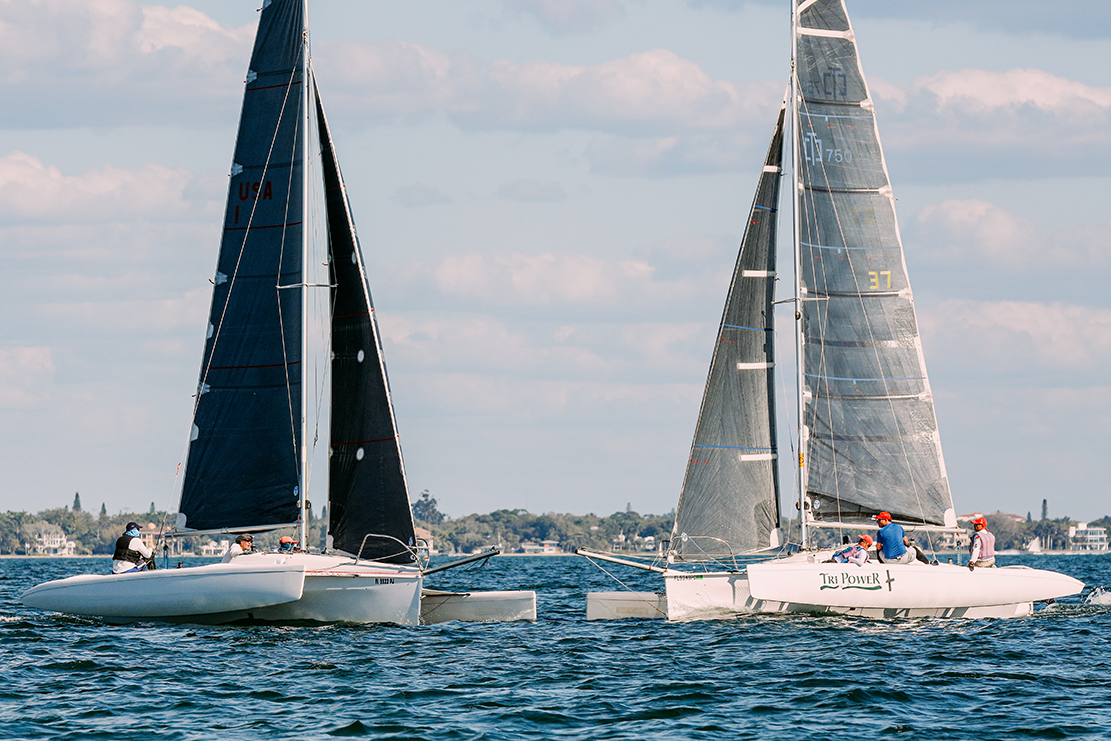 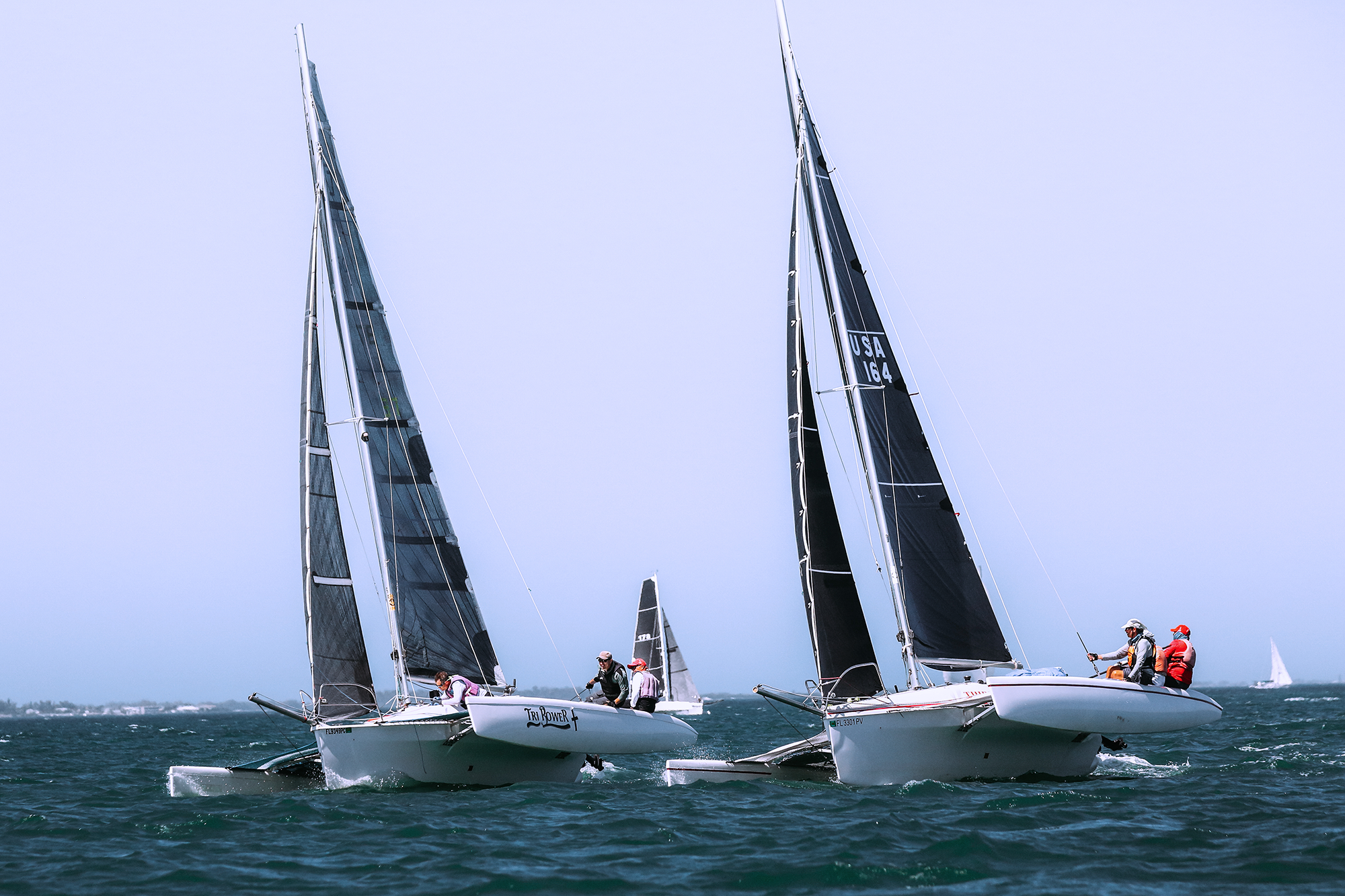 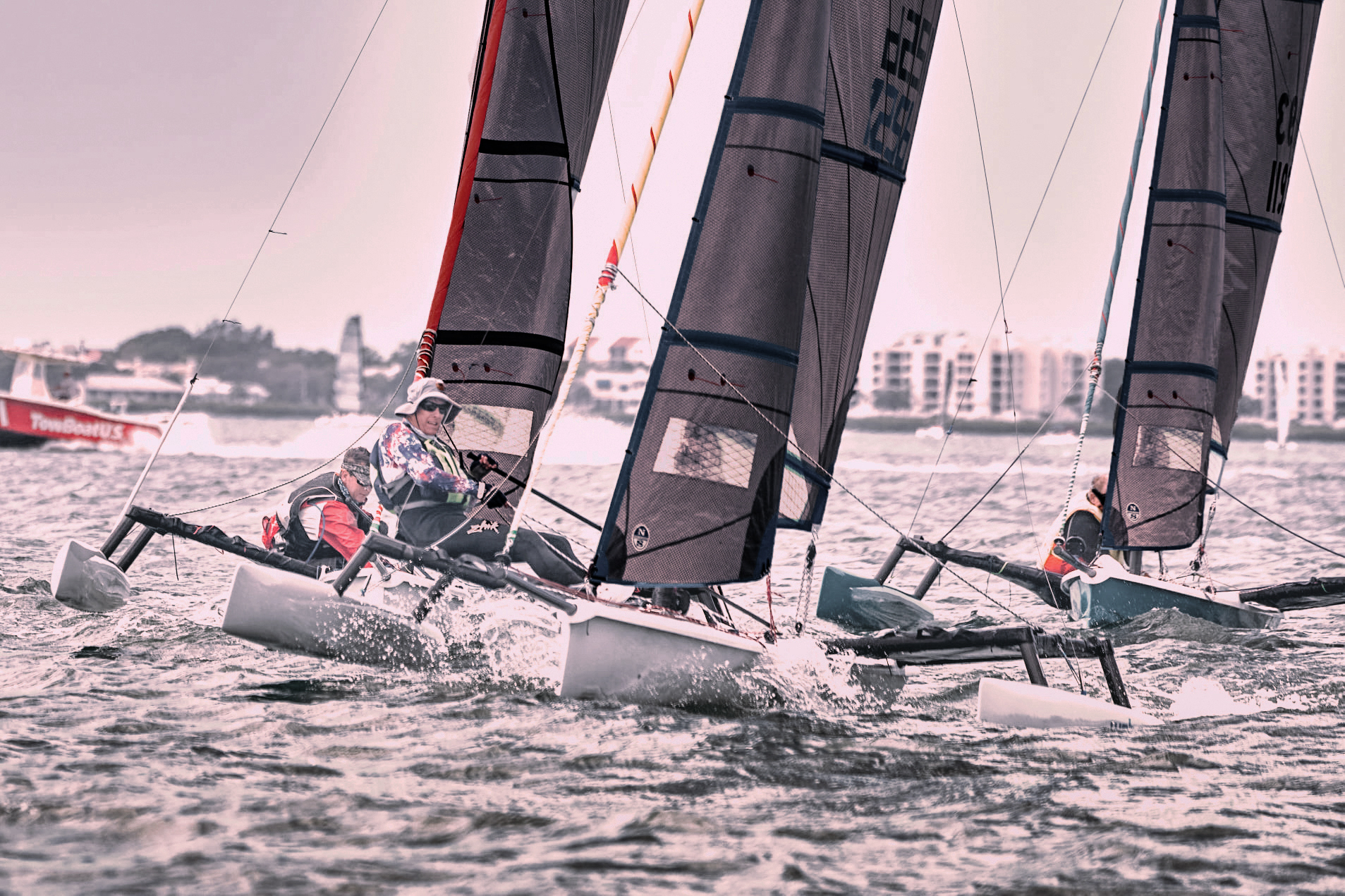 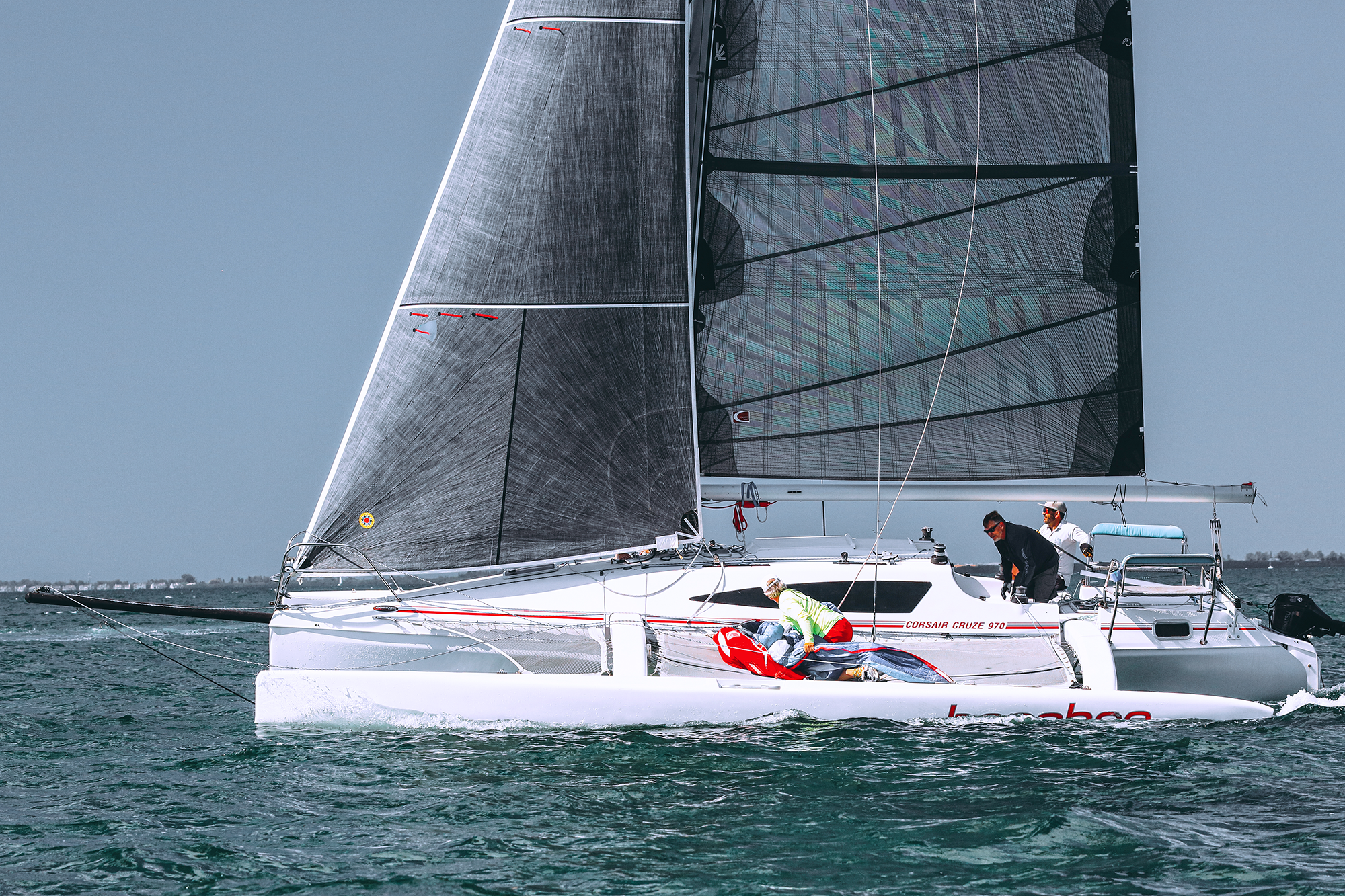 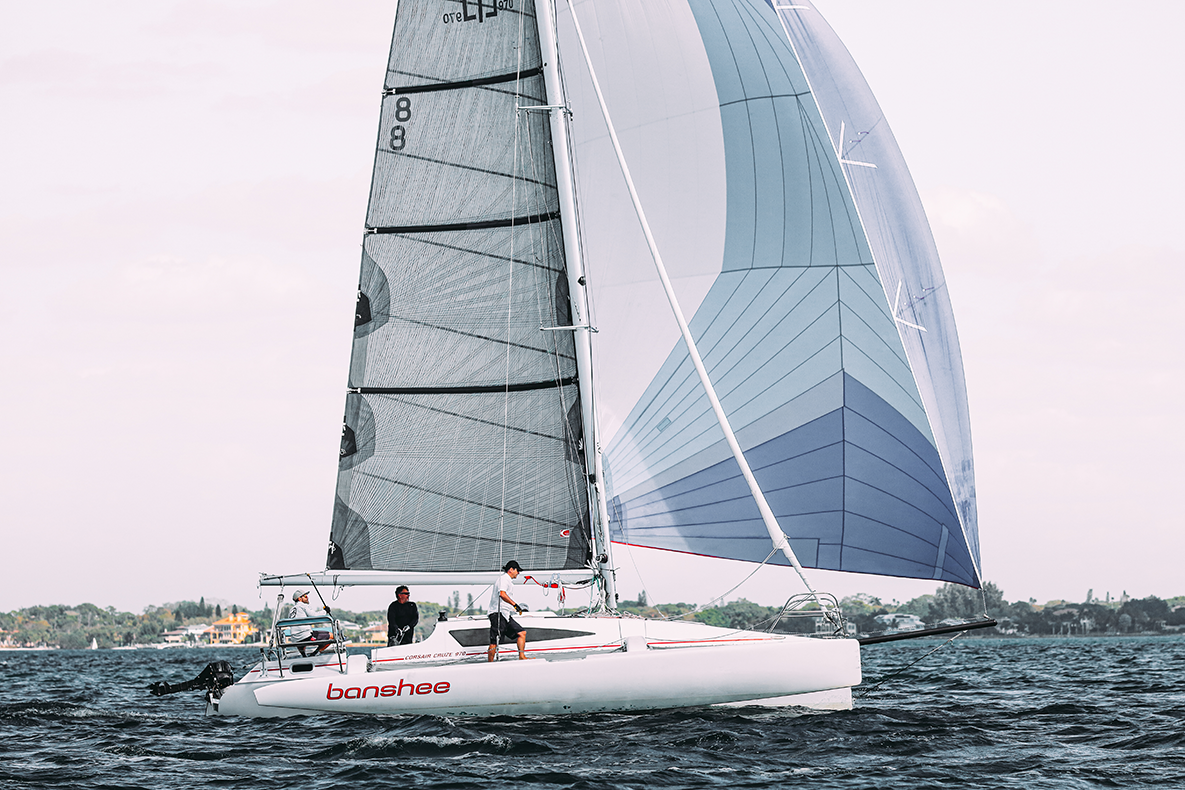 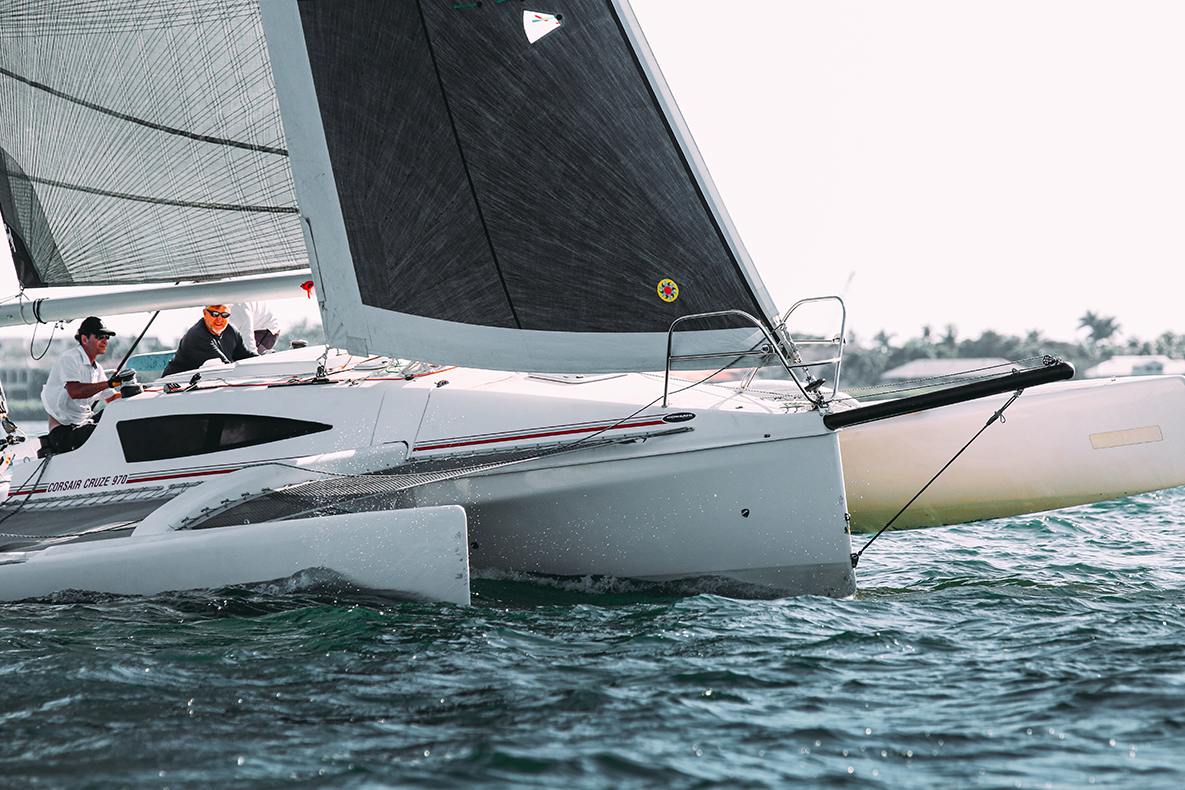 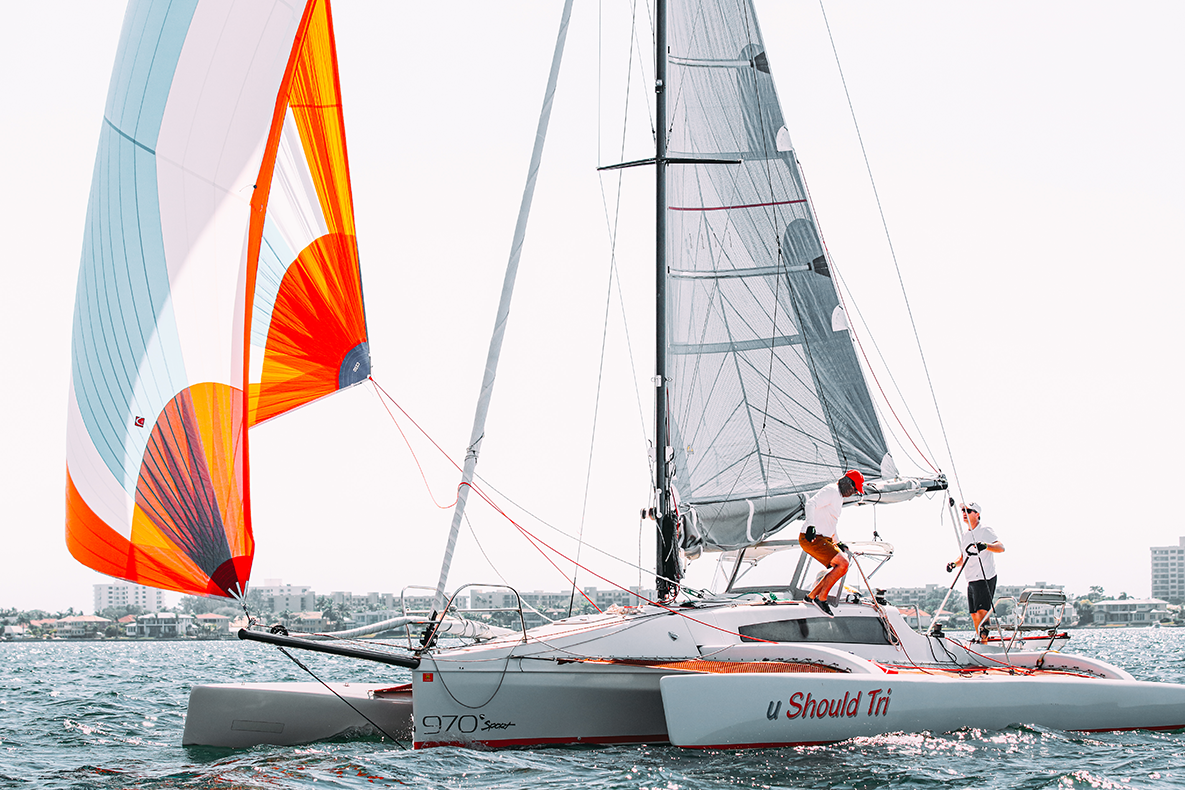 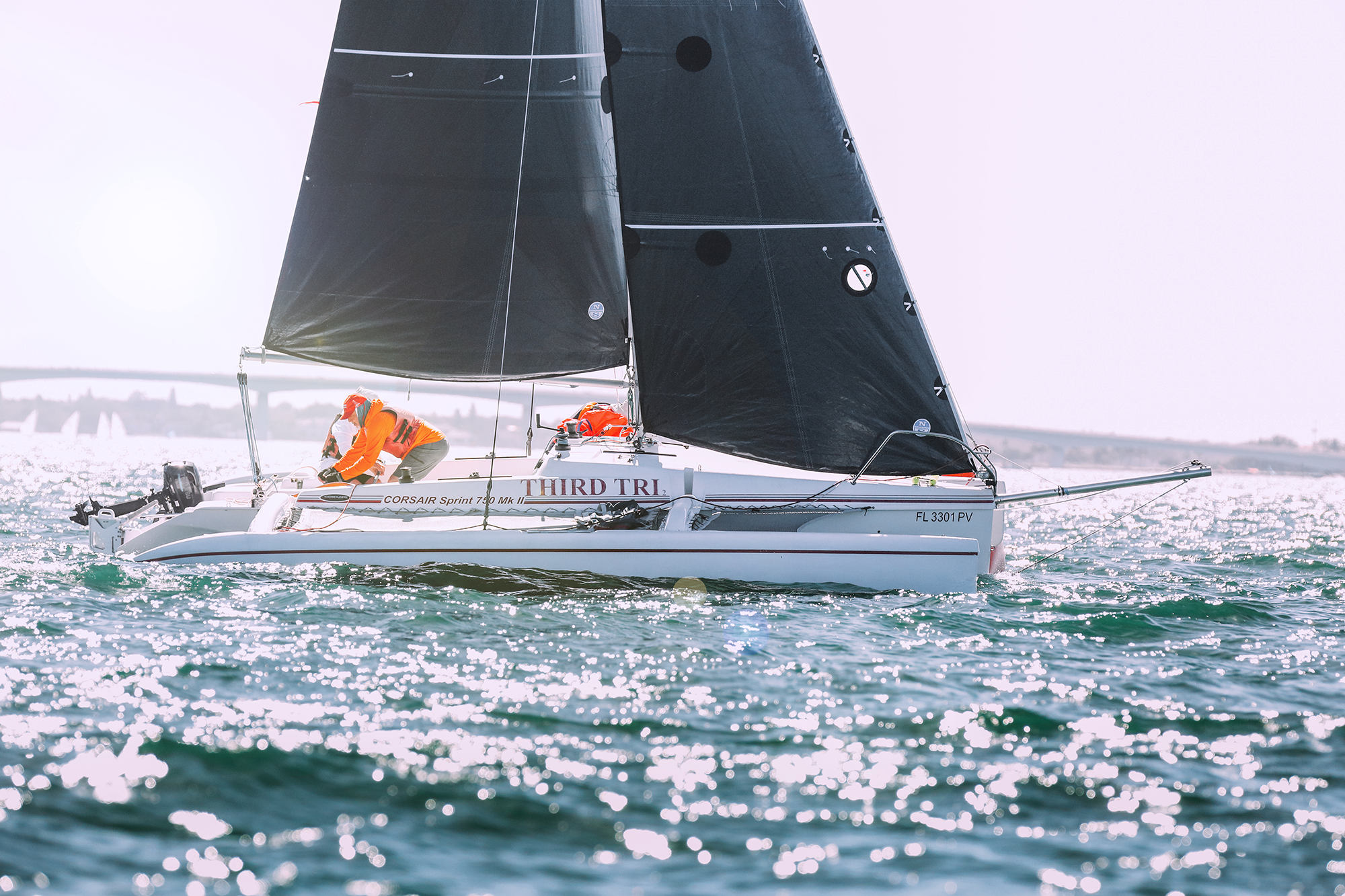 Before leaving, the competitors attended two separate the Awards Ceremonies One was held under the Pavilion for the Main Fleets and the second held on the beach for the WETA and A-Cat sailors. The First, Second and Third place boat in each division was presented an award, a framed photograph of their boat taken during the racing! On the water Photography was provided all three days by Matthew Condon, a visiting photographer from the Discovery Channel, and two additional Squadron Volunteers one Saturday and one on Sunday.

And that’s another fun racing weekend in Florida! It brings us joy to see the Corsair trimaran owners get together to test their racing skills and socialize. Looking forwards to more!

On another course, the Corsair 37 “Honey Badger” proudly claimed third place at the 2022 Sint Maarten HEINEKEN Regatta. Official results posted here. What a boisterous week for Corsair and sailing community as a whole! 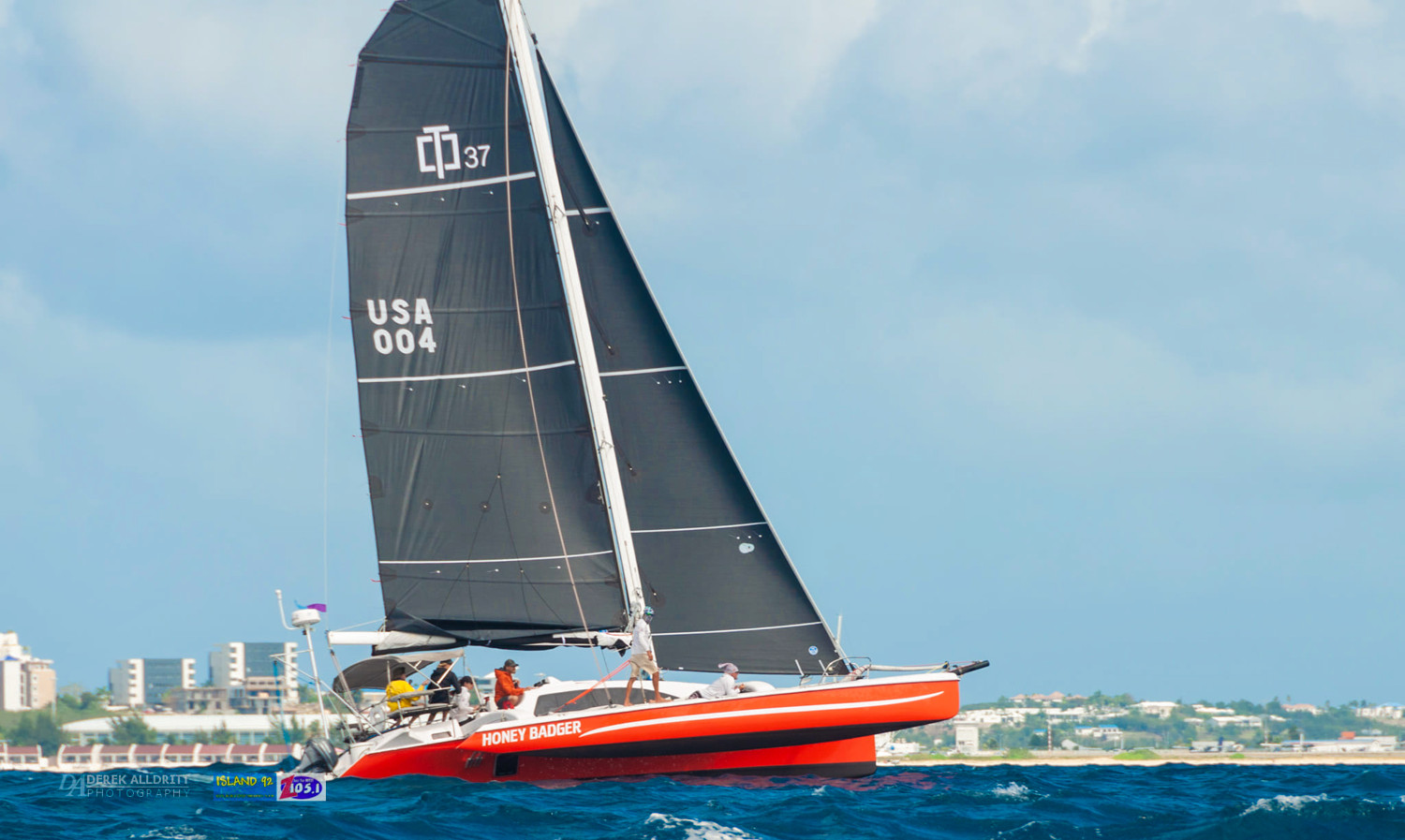 With Corsair owners all over the world, we are always ready participate in rallies and regattas for fun races. If you don’t want to miss out on the latest event updates. Be sure to check out our blog and follow the event calendar.

On that note, the Corsair Nationals 2022 is happing later in the year. Stay tuned!